Paul M. Lantos, MD, MS GIS, FIDSA, FACP, FAAP is Associate Professor in the divisions of Pediatric Infectious Diseases and General Internal Medicine at Duke University School of Medicine and the Duke Global Health Institute. Dr. Lantos completed his MD and an Internal Medicine-Pediatrics residency at the University of Connecticut. He then completed a fellowship in Pediatric Infectious Diseases at Boston Children’s Hospital and Harvard Medical School, and was a research fellow at the Harvard School of Public Health. Dr. Lantos’ research expertise is the spatial epidemiology of infectious diseases using geographic information systems (GIS) and spatial statistical analysis. Dr. Lantos has also received a Master’s of Science in GIS from Johns Hopkins University. He currently has active research studies in the geospatial analysis of Lyme disease, congenital cytomegalovirus, zoonotic influenza, dengue, and social and demographic health disparities. He has received a grant to train public health personnel in China and Mongolia in GIS software and spatial analysis. His research makes use of geocoded electronic health records and public health data to identify spatial and spatiotemporal patterns in human disease risk, employing cluster analyses, geostatistical point pattern analyses, generalized additive models, and Bayesian spatial analytical methods. Dr. Lantos was the lead author of the 2010 Lyme Disease Guideline Review Panel report for the Infectious Diseases Society of America. He now co-chairs a 30-member Lyme disease guideline panel being authored by the American Academy of Neurology, American College of Rheumatology, and Infectious Diseases Society of America. Dr. Lantos has worked internationally in both research and clinical capacities, including in The Gambia, Senegal, Ghana, Tanzania, Mongolia, China, and the Peruvian Amazon. 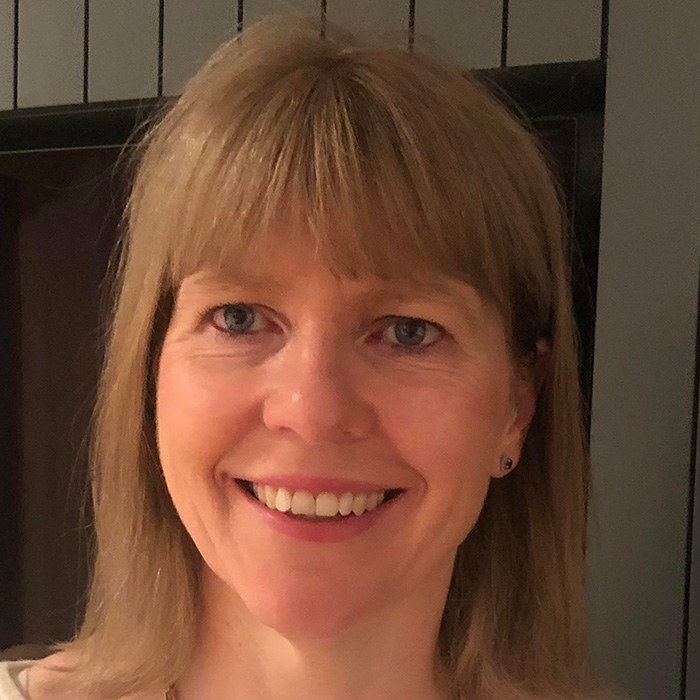 Dr Susie Clarke graduated from University College Dublin in July 1994. She commenced her training on the Trinity College Dublin medical training scheme and progressed from there to completing higher-level training in GenitoUrinary Medicine at the GUIDE Clinic at St James’s Hospital, Dublin. During this time, Dr Clarke completed a postgraduate MD thesis on the pharmacokinetics of Antiretroviral therapy in persons who inject drugs (PWID). She then commenced a fellowship in Infectious Diseases at Boston University, USA, which she completed in 2003, being awarded best Clinical Fellow and Teaching Fellow from the Massachusetts Medical Society.

Dr Clarke subsequently worked in North Manchester General Hospital as a consultant in Infectious Diseases until taking up her current post in the GUIDE Clinic in St James’s Hospital in 2004. Dr Clarke was appointed the National Clinical Lead for the National OPAT Program in 2013 and clinically led on the National development and evolution of this new initiative. Her research interests include pharmacokinetics of medications particularly drug-drug interactions, antibiotic stewardship, OPAT, Orthopedic prosthetic joint infections, and Vascular graft infections. 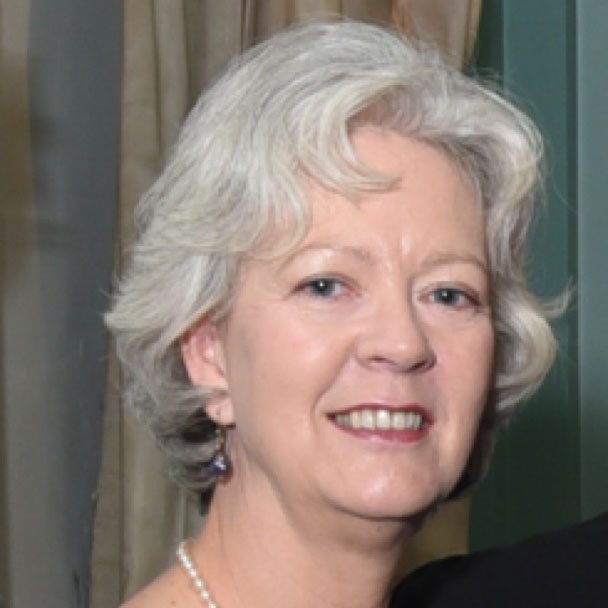 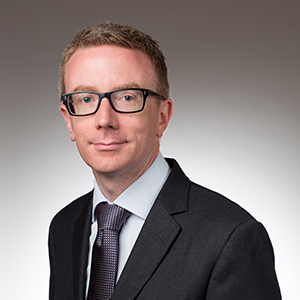 Dr. Eoin Feeney graduated in medicine from Trinity College Dublin in 2002. He completed his basic specialist training through the Mater Misericordiae University Hospital training scheme, spending six months as a resident at the Mayo Clinic in Rochester, Minnesota. In 2012 he completed Higher Specialist Training in Infectious Diseases and General Internal Medicine through the Royal College of Physicians in Ireland, and in the same year was awarded a PhD examining the metabolic complications of HIV infection from University College Dublin. From 2012-2014 he undertook a Fellowship in Infectious Diseases at Massachusetts General Hospital and Brigham and Women’s Hospital in Boston. From 2013-2014 he was an Instructor in Medicine at Harvard Medical School. He was awarded the Massachusetts Infectious Diseases Society Edward H. Kass Award for Clinical Excellence in 2014. His areas of research at MGH/BWH were the mechanisms of accelerated fibrosis in HIV / hepatitis C virus co-infection. In 2014 he returned to Ireland as a Consultant Physician in Infectious Diseases and established the Infectious Diseases department at St. Vincent’s University Hospital and St. Vincent’s Private Hospital. 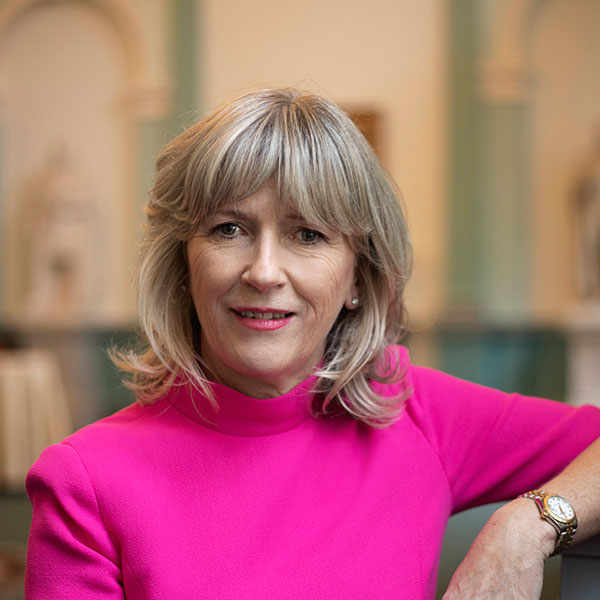 Dr Jackson is a specialist in Infectious Diseases and General Medicine working as a consultant physician in Cork University Hospital and the Mercy University Hospital in Cork City, Ireland. He graduated from Trinity College Dublin in 2001. His specialist training included 2 years in Malawi running clinical trials in the area of Cryptococcal meningitis for which he was awarded his MD, and a further year of clinical fellowship in the University of North Carolina at Chapel Hill. He was awarded his Diploma in Tropical Medicine and Hygiene from the Gorgas Institute in 2005.

In Cork, as well as general medicine commitments, he is the clinical lead for HIV, running a clinic with over 600 patients receiving antiretrovirals.  He is also chairperson of the Antimicrobial Stewardship Committees in Cork University Hospital and the Mercy University Hospital, and is the clinical lead for Outpatient Parenteral Antimicrobial Therapy (OPAT) for the southern region of Ireland.  He provides a consultation service for inpatients with respect to general infectious diseases, HIV, antimicrobial management, fever of unknown origin, tropical medicine. His ongoing lecturing commitments are through University College Cork. He has active research interests with multi-centre collaborations in many areas including HIV, Hepatitis B, antimicrobial stewardship, COVID-19.

Sam McConkey graduated from the University of Dublin, Trinity College in 1989, followed by membership of the Royal College of Physicians of Ireland and diplomas in Child Health and Tropical Medicine and Hygiene. From Washington University in St Louis, Missouri, he was awarded a Master of Arts in Mathematics and Statistics in 2000 and from Trinity College, a Doctor of Medicine in 2002. During the 1990s and early 2000s, Sam completed postgraduate training in Infectious Disease, Tropical Medicine and General Internal Medicine, following which he did clinical vaccine trials in Oxford University, gained a Wellcome Fellowship with Nuffield Department of Clinical Medicine, Oxford from where he was seconded to the Medical Research Council Laboratories in The Gambia. Samuel McConkey is a Deputy Dean, Associate Professor and has held the position of Head of Department of International Health and Tropical Medicine at the Royal College of Surgeons in Ireland since 2006.  He has written over 60 publications in peer-reviewed publications. He has served on several national and international boards and committees.

Sam McConkey’s areas of expertise can be summarised as follows: vaccines, clinical trials, HIV, Hepatitis B, HTLV1, Malaria, Tuberculosis, international health and social science research. He spoke out strongly in national and international media about SARS CoV2 and Ebola starting early well before the media and political leaders realised their significance, and has continued this role of public-facing academic. He is a physician at three busy hospitals, and lead for sexual health in the north east. 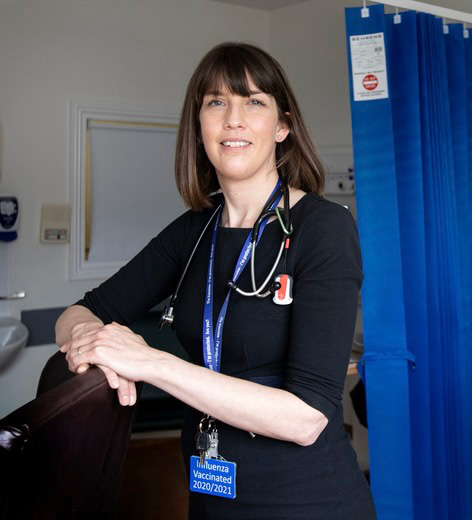